Prior to release all candidates receive medical testing, are micro-chipped and can only be released when they are exhibiting completely wild behavior.

In 2003 we had a crazy idea to put in some small cages in the village of Sawai to house and care for parrots or cockatoos that were confiscated from the illegal trade. In 2004 that dream became a reality when a smuggler got caught in Seram and the birds were turned over to us for care. Seram cockatoos, eclectus parrots, red cheeked parrots and two cassowaries arrived in Sawai only 24 hours after that first successful collaboration with the National Park of Manusela, and cages were built overnight.

That dream became one of the biggest projects we ever attempted—the Kembali Bebas Avian Rescue, Rehabilitation and Release Center. Thanks to private donors and grant money, and continued funds from IPP when needed, the facility blossomed into over 60 cages with a small avian medical clinic on site.

As planned, IPP turned the project over the local community in 2008, but recently on our last visit to Seram this year reconnected with the stakeholders and will be back as partners with the rescue center and improving the facility and the lives of the birds that reside there.

A long time ago and many parrots and cockatoos ago, we dreamed a dream…

Now that we are working again as a team with PPS Seram we have many needs to improve the facility. Most importantly we need to provide better food, water and vitamin supplements to the residents. The facility receives limited funding from the Indonesian government and so it is up to us to step up for the cause.

PPS Seram is already full, with many birds waiting for release on other islands outside of Seram. We are looking for sponsors to help us financially to send these birds back to their forest homes. And it also frees up space for new arrivals.

Habituation cages will be prepared on each island and the birds will be soft-released back to their homes. The dollar goes very far in Indonesia and all it takes is one bird club or a group of friends to make a difference.

A little-known and highly-endangered race of Indonesian Cockatoo

Parrots and People of Indonesia 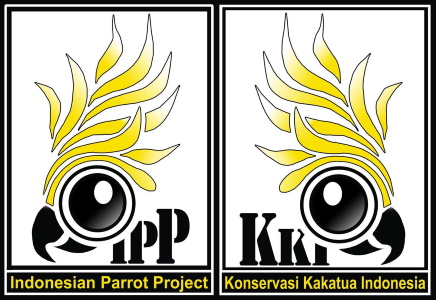